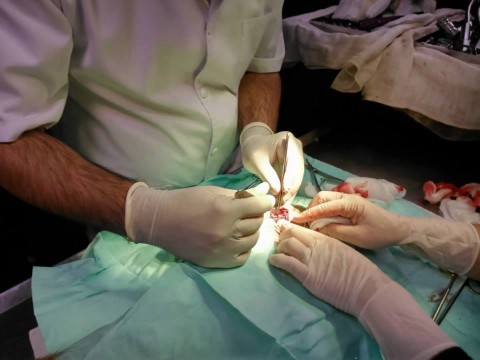 Claudiu Iosim’s work in animal rescue started in March 2001 when he found a dog hanged in the woods. While asking someone to lend him a showel to bury the dead dog someone else told him about a German Shepard with a bad wound around his neck caused by a rope that was tied around it. That was the very first case rescued. 6 months later  Animed Arad became a registered charity founded by Claudiu, his mother Rodica and a friend.
Claudiu contacted the RSPCA and other large groups for training and ended up attending conferences and training programs all over Europe and even the United States of America 4 years in a row from Florida to California. He attended 6 International Companion Animal Welfare Conferences organized by Dogs Trust and went to England to be trained by Dogs Trust in Evesham and London at their home office. During his training as manager of a registered animal rescue charity Claudiu studied Environmental Engineering graduating first in his class in 2006.
In 2007 Claudiu started attending the Veterinary Medicine Faculty in Timisoara while working every day in Arad rescuing stray dogs and cats. On September 2nd 2010 he married Mihaela who was later elected Vicepresident by Animed Arad’s members in a meeting. Mihaela also has 2 degrees one of which in Biology. In October 2013 Claudiu & Mihaela openned their private veterinary practice where they provide medical care for both owned and stray dogs and cats. With the help of many friends in and outside Romania they have rescued and rehomed thousands of strays and also spayed thousands of stray and owned dogs and cats. Today they help human companions on low incomes or no incomes at all with spaying, microchipping, vaccinating and registering their dogs so that the fear of huge fines won’t lead to mass abandoning of dogs. In April 2015 a lady got a 680 Euros fine because her dog was not neutered, microchipped and registered. Most people earn that much in 3 months of hard work. “Sheltering is pointless untill the need is reduced” is what Claudiu learned during his training in the UK and the USA and such his and his wife’s first priority is birth control. A van full with 30 rescued stray dogs going outside Romania for international adoptions means a lot of hard work and great expences that could have been avoided by spaying 3 female dogs that gave birth to 10 pups each.